by William Shell
in Mental Health
0

Have you ever wondered why tangled earphones make you want to drive up the wall, or a crooked line irks you so much? There is no answer to the questions really. Mental illnesses or mental disorders are somewhat similar (both incomprehensible and inexplicable).

Like a bout of fever, psychological disorders are merely ailments. True that there are no rising temperatures that the mercury in your thermometer can record. Albeit, the wounds are very much real and they affect both the mind and the body.

What triggers the brain to malfunction?

The human brain is an intricate mesh of one hundred billion nerve cells and is no less than an enigma. It is capable of producing actions, memories and feelings that are beyond our understanding.

For centuries, scientists and philosophers have been fascinated by the crown jewel of the human body, and many have tried their hands at deciphering human emotions. Every single time they have been left stymied by the mind-boggling complexity of the brain.

For all we know is the brain is an easy fuse. One wrong move and the human sanity can be shaken to its core. And when it does, it is not going to be a pretty picture. So you need to be ready before the demons are unleashed from the innermost crevices of the brain.

10 Mental Disorders Along With Their Symptoms

Mental illnesses are no taboo, and they can happen to anyone. Before it starts to wreak havoc on someone, you need to be ready with the precautionary measures. Here are 10 mental maladies that affect every one out of five people.

Affecting around 21 million people around the globe, schizophrenia is a psychological disorder that can mess around with a person’s rationality and daily life. For a person with schizophrenia, the war is between reality and delusions. A lot has been researched on the disorder, and yet the reason remains unknown. While some say it roots from genetic disorders, some trace it to irregularities of brain processes.

Some of the symptoms of schizophrenia are:

Although medicines can cure schizophrenia, most psychiatrists prefer psychosocial treatments and cognitive behavioural therapy to cure the patients and help them face the challenges of everyday life.

Affecting one out of every four persons, depression is more than just feeling sad. Someone who is depressed tends to retract from the social world into a shell. They find daily chores like waking up and leaving the bed an impossible task.

There are varying levels of severities in depression, and someone who is diagnosed with it can even go the length of self-harming. Depression can take a toll on your physical health too, leading to extreme weight loss or gain.

So what exactly triggers depression? To be honest, it is beyond our understanding. However, DNA has a role to play here too.

Some of the symptoms of depression are:

To start with, telling someone to “Be okay and forget it” is not a solution at all. Yoga can do wonders for a depressed body and mind. Talk-therapy sessions can be helpful too. At times, therapy pets can help you cope with depression too.

Obsessive-compulsive disorder (OCD) goes beyond neatly stacked cutlery and colour-coded files. We often tend to trivialise OCD with the obsession of keeping things prim and proper. Yes, OCD is that and many things more.

People with OCD have recurrent thoughts and impulses that are intrusive, and yet they are compelled to do the task that alleviates the feeling.

For example, thinking that you haven’t saved the psychology dissertation help you were writing on your laptop and having to switch it on multiple times just to make sure is what happens when you are diagnosed with OCD.

The symptoms of OCD are:

Cognitive behaviour therapy can help someone with OCD restrict such obsessive thoughts. Medication can also help. Art can also distract a compulsive brain from intrusive thoughts.

In a class full of pupils, you would often see some unruly children who tend to go rouge often. Now many of them may be miscreants, but some may have a mental disorder like oppositional defiant disorder (ODD).

A child who is diagnosed with ODD tends to be a non-conformist. He or she is likely to be the one always questioning rules or arguing with a teacher. They are often restless and tend to make deliberate attempts trying to upset people around them.

Another disorder is Attention Deficit Hyperactivity Disorder or ADHD. Children with ADHD lack concentration and organisation skills. They face difficulty in multitasking and planning their tasks.

Treatment for these mental health disorders can include counselling sessions and talk-therapy. Medication can also help but should be avoided as much as possible. They can also be trained in arts for better focus. 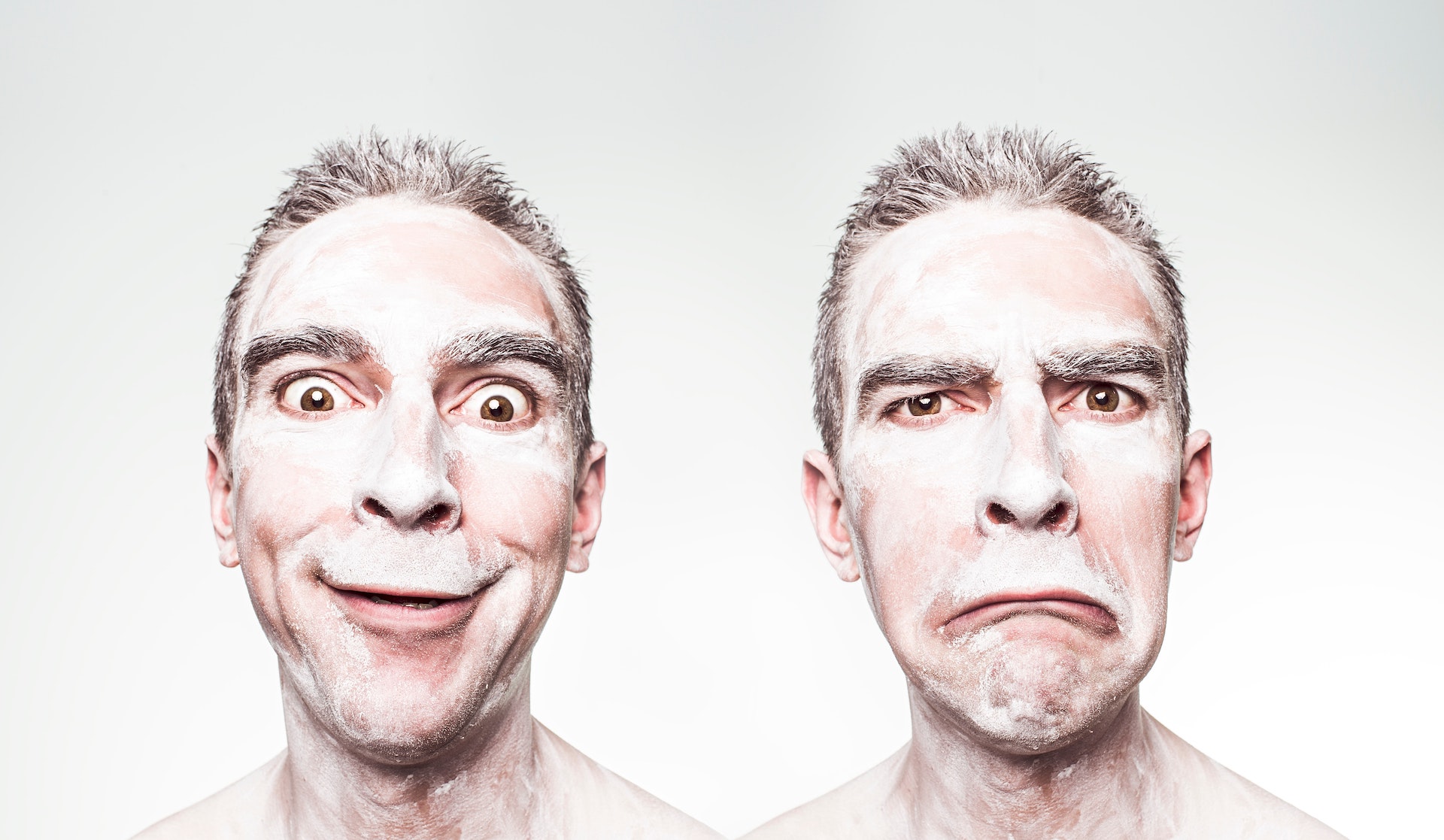 First things first, it is not about mood swings or being a Dr Jekyl and Mr Hyde character. Also known as manic depression, bipolar disorder is a type of mood disorder in which a person experiences episodes of elation and depression within a short window of time.

Although it is yet to be confirmed, experts are of the opinion that genetic predisposition and conditions such as extreme stress or an overwhelming life-changing event can fuel the malady.

Psycho-education and psychotherapy can help bipolar patients cope with the fits better. CBT can help modify negative thoughts too. Although medication should not be the first choice, patients must keep anticonvulsants handy all the time.

A person who is diagnosed with DID prefers to disconnect from his/her sense of identity and tends to be controlled by an imaginary character.

The exact opposite can happen in case of dissociative amnesia where a person forgets who he or she is in spells and fits.

Although not scientifically proven, the reasons behind DID can be genetic. It can also stem from abuse during childhood or other traumatic events.

There is no definite cure for DID. However, talk therapy, psychotherapy, and hypnotherapy can be helpful. Patients can try out adjunctive treatments such as art or movement therapy.

Many people might think eating is a physical process and has nothing to do with the functions of the brain. However, eating disorders like bulimia nervosa can have severe psychological and physical consequences.

A person who is diagnosed with Bulimia tends to binge-eat and then tries to purge the body by crash-dieting, fasting or worse, vomiting deliberately. Another eating disorder is Anorexia where patients have a distorted body image and therefore take brutal measures to avoid gaining weight.

Paranoia goes beyond the fear of ghosts and spiders. The mental disorder is characterised by an irrational feeling that people are ‘out to get you’. It leads to unrealistic distrust in others which can make it difficult for a paranoid person to maintain close relationships.

Paranoia includes paranoid personality disorder and delusional disorder. The cause of paranoia is still in a haze, but it is believed that genetics has a role to play.

Treatment for paranoia includes psychological support and CBT. Anti-anxiety drugs or antipsychotic drugs can also ease some of the symptoms. However, it can be challenging to convince the person to consume the medicine.

Post-traumatic stress disorder (PTSD) stems from a traumatic event that someone cannot cope with. It can be an accident, physical or sexual abuse, torture, or natural calamities such as floods or earthquakes.

A person diagnosed with PTSD is triggered by the horrific memories of the trauma. The flashbacks often compel the patient to go through intense emotional and physical fits.

Some of the symptoms are

Practising mindfulness through stress reduction therapy can be beneficial. Taking medicine and CBT can help the patient cope better with challenges. Antidepressants like citalopram and fluvoxamine can relieve stress too.

Psychosis is a mental illness that causes a patient to disconnect from reality. They tend to build false premises and then start believing in them. Compulsive liars are generally victims of psychosis.

This problem stems typically from inferior complexity where a person exaggerates and creates situations in their minds to give shape to their fantasies. Psychosis is a part of schizophrenia and paranoia.

Psychosis can be treated with antipsychotics. Counselling sessions and talk-therapy can reduce the compulsion to blow things out of proportion.

As a caregiver, make sure that you communicate with the person before offering to help. You must ensure that the interactions you have with a mentally ill person are stress-free. You need to be compassionate, and most importantly, you much lend them an empathetic ear. Every time they falter, tell them that it is okay to do so.

Be the light at the end of someone’s tunnel, and save them from drowning in the pit of anxiety.

13 Incredible Hacks to Eradicate Negativity From Your Life

Coping Up with Anxiety After Moving

Brain development -What are Natural Numbers and Where Did They Originate?

Addiction Triggers and How to Avoid Them: 4 Steps in the Right Direction

How to Successfully Treat Mental Health Disorders and Addiction

Why Summer is the season to experiment with your personal style